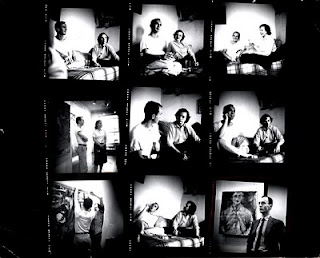 You know how I occasionally recommend a record or a band to you idiots? Well this past Saturday was the record release party for my friends Shellshag's new record, Rumors In Disguise and it was an incredibly good time. I picked up a copy of the record and I've been flipping it back over to side 1 and starting it again every time it ends. This shit RULES. Joe Porter also pointed out that you can see a little sliver of our old band Nasty Intentions' cassette tape on the back cover.

In other news, I had and will have some very exciting pizza companionship this week! Yesterday I spent the day scarfing slices with my friend Blake Schwarzenbach, who I doubt you've heard of, but he's currently in a band called Forgetters with my friend Caroline who used to be in a band called Bitchin' with a lady who was married to a guy from Hot Water Music, so that makes them like, famous-by-proxy or something. Either way, it was fun. Those posts will be up starting tomorrow. And then tomorrow I'll also be going out and eating a slice or two with my friend Ernie and he is going to read my Tarot! Fun witchy times for everyone.

And finally, don't forget that I'm having a party this Friday at Book Thug Nation on N 3rd and Berry in the parochial Williamsburg section of the obscure borough of Brooklyn. It is from 8-10pm, and there's almost definitely gonna be free pizzas and also I will buy some beer or a few jugs of wine or something.
Posted by Slice Harvester at 1:59 PM