La Mia Pizza: "I want to hang out in here for hours." When we walked into La Mia, Erick and I were confronted by what can only be described as a pervasive warmth. Not just literal warmth, because it was noticeably hotter in there than it was outdoors, but a figurative warmth. I felt comfortable. It was so comfortable in there, in fact, that one of the employees was fast asleep against the soda fridge. Confronted by this degree of comfort, we were really hoping our slice would be decent. So I ordered one up and it looked totally great and smelled pretty damn appetizing. This slice was absolutely not amazing, but it was totally good. Perhaps the scales were tipped by how much I enjoyed the ~vibes~ at La Mia, but I'll give you the rundown. The ingredients were all of superb and top quality. The cheese was good, the dough was cooked well, but lacked a defining crunch, the sauce was totally inoffensive but also totally unexceptional, the crust was nothing to complain about. Overall, this slice was lacking something to tip it into the realm of Totally Fucking Unbelievably Amazing Holy Shit Holy Shit Holy Shit WOW!, but rests firmly and comfortably in the realm of Damn Can't Complain That Was Satisfying.

yet I do not explain what
makes me so happy today 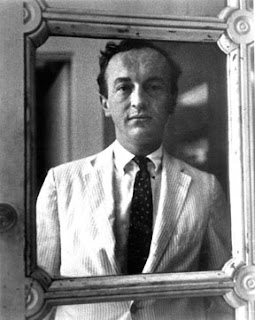 In other news, I got a really sweet email today from a guy named Manuel who runs Tito's Pizza in East Harlem thanking me for my review of "not only [his] pizza shop... but for all pizza shops!" and informing me that Tito's has dropped their price down to $1.00 from $1.50. Hopefully the quality hasn't decreased because that slice was pretty good.

I'd also like to mention that I packaged up the first bundle of pre-release zines that are going out to all my donaters, and you only have one more week to get a zine early by donating, so if you want to remain on the cutting edge and be hipper than your neighbors, send me cash via paypal ASAP! Of course, if you don't donate you'll be able to buy one like the rest of the plebes, but you won't have the smug satisfaction of knowing that you got yours early.

And a reminder that next Friday, February 12th, I'll be having a zine release party at Book Thug Nation in Williamsburg. It's pretty exciting, because BTN is a bunch of my friends and I'm excited to have some kind of collaborative event there. Did I post this scan of the cover yet: And by "scan" I mean "shitty camera phone picture".
Posted by Slice Harvester at 3:07 PM